Kotlin vs Scala: What Measures Slither Them In Popularity Over Java?

Let’s figure out the top features that make Kotlin and Scala fare better than Java in Android App Development!
Share this Blog
TABLE OF CONTENTS

The slow evolution of Java has led to an increasing interest in JVM languages. There must be more than 50 JVM languages (some high-profile, some implementations of existing languages, some new languages with JVM implementations), even if you are familiar with a dozen of them or so, it is likely that you will pick a new one for your next project.

While some developers are born C programmers, some have an innate connection to Lisp and others swear by Perl. Developer’s predilections are not defined and language preferences vary. Java.next ideates that no particular language will dominate the Android App Development landscape because there is no single perfect language for everyone.

Rise and Fall of Java

Java has faced an uphill battle for adoption. Being slower than compiled languages popular at that time, it used to be memory hungry and was simultaneously not suitable for then-predominant client/server style of development.

The grace that saved Java was its relative ease of use (via garbage collection) and Applets. And as the landscape turned dynamic, Java survived. But this question was still open-ended. With the steady growth of the world-wide-web and its applicability with Java, several server-side deployment models mitigated the ongoing cons of Java. The combination of factors included web, hardware and programming paradigm.

The Emergence of New JVM Languages

Developers were always in need to have new tools and techniques to program the web. Server-Side Java has alleviated memory constraints. Although Java has become a dominant force in the software industry, any attempts to identify the next JVM language with a similar impact as JAVA are distant and not likely to succeed. But simultaneously we have entered a polyglot world of computer languages with an upward trend. Therefore, predictions are blurry and it is unlikely that a series of circumstances will line up well for another language.

Which programming paradigms are supported?

Java.next languages either support one or multiple paradigms (which might include object orientation, meta-programming, functional and procedural, etc.) Kotlin, Scala and Groovy are all multi-paradigm. They are both functional and object-oriented.

It is a hybrid object-oriented and functional language, with emphasis on functional programming preferences such as immutability and laziness.

Programming languages with multi-paradigm approach offer immense power to resolve problems with the same intensity. Groovy, Scala, and Kotlin provide many more facilities, including meta-programming and functional constructs. Although they’re powerful, multi-paradigm languages require more developer discipline on large projects. These support many different abstractions that are used by developers to create different variants in libraries.

Slant.co recommends Kotlin above Scala for all android app development projects. While Kotlin ranks 11th, Scala stands 17th amongst the best functional programming languages to learn first. One of the reasons behind this is the support by Intellij for Kotlin. Another reason to choose Kotlin is that it works well with existing Java tools such as Eclipse, Maven, Gradle, Android Studio, etc.

Scala rebounded in popularity following the shipment of Java 8 (that majorly supports lambdas and stream functions). A-List startups have already shown a lot of interest making it one of the most sought after programming languages in 2019

Companies that are making use of Scala:

Kotlin, which has partly succeeded Java in an object-oriented and functional paradigm, inheriting most of the basics and adding its own versatility, Stack Overflow Survey 2018 counted it as the second most loved programming languages. It has been leading amongst the fastest growing programming languages in the world. Google makes the best bet upon Kotlin for upcoming enterprise support. But this last one still remains a riddle for Android App Development Community. 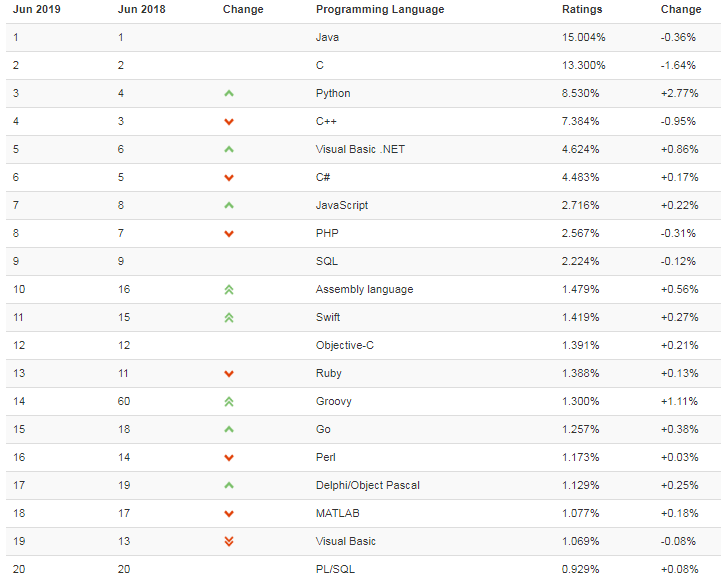 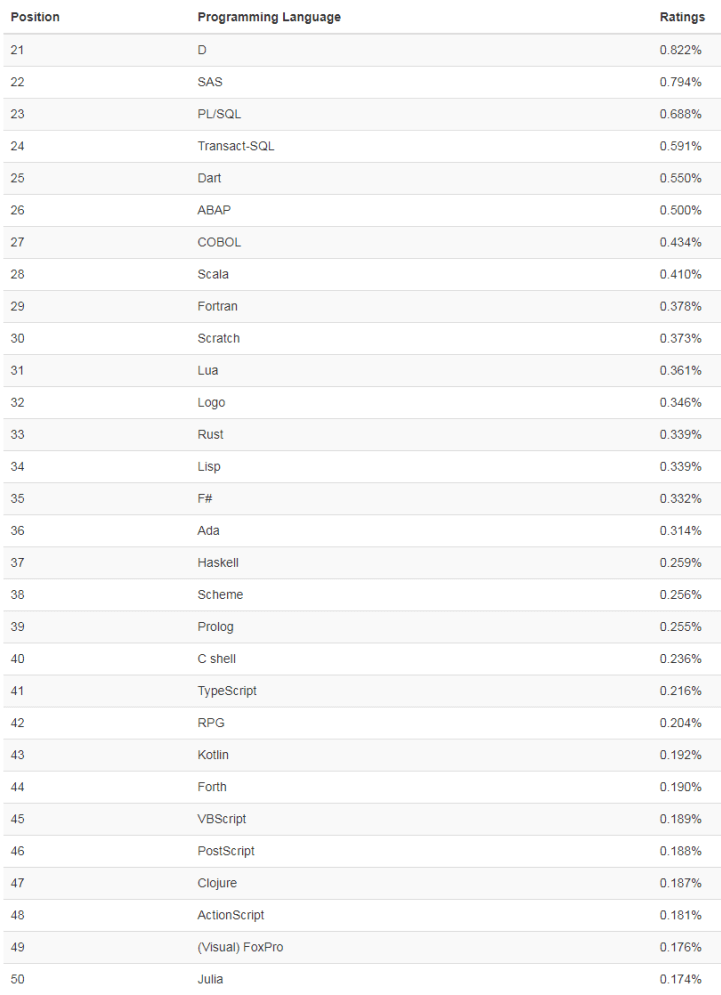 Android Developer India understands that the usefulness of a programming language is majorly determined by its relevance for a specific task, or its generic-ness across the applications. It comes with either limited functionality or is overloaded with too much functionality to make it over-complex.

Stack Overview Survey for programming languages in 2019 shows – Rust, TypeScript, Kotlin, Python, and WebAssembly as 5 most loved languages which the developers wish to continue working with.

The emergence of scripting facilities has been one of the growth factors for alternative programming languages on the JVM. These offer some innovative features that weren’t provided by Java or its standard libraries, due to Java backward-compatibility principles.  Scala and Groovy were the first successful projects to offer something beyond Java.

Amongst the most popular languages for android application development – Kotlin, Groovy, Scala and Clojure have found their niches in the market and are becoming more popular, and languages like Ceylon, Xtend and Fantom are relatively new on our radars, gaining credibility and in need of some investigation. Interested in android application development services? Read about Kotlin vs. Java, we tooted on the way up here and allow us to coax you up to share your ideas, and get a free quote instantly!