3+ years of experience in creating compelling applications
that will enchant you!

Things were simpler earlier but as the programming paradigms shifted, software developers have engaged themselves with developing end to end software solutions. Earlier there was no clear distinction between people who collected requirements, created the UI, developed the code, built the database, tested the developed software, communications with the client, deployed the end product to the client without forgetting to set up the development and testing environment and resolving network issues.

Earlier the development tools used to provide enough building blocks that can be used to build everything under the same project. But earlier mostly the websites were composed of a bunch of static web pages that were linked together and gave a resemblance with blocky Windows vis-à-vises.

Why should you hire a full stack developer?

Capability to manage front-end and back-end on their own!

Those who want to have one mastermind behind their application right from the inception of the idea to deliver the result to the end users, hiring a full stack developer will be beneficial.

Job Responsibilities of full-stack developers include

He is involved in conceiving the idea of the project to be built, coordinating with client, creating concise requirements from client interview and analyzing the market for the same.

He is the one involved in designing system architecture, creating domain and application models, designing and normalizing the database, optimizing the design by applying various design patterns, selecting the technology stack to extend development efforts and building the solution.

He is involved in designing and optimizing interactions between systems and users. They are involved in creating cohesive, integrated experiences for users (UX, UXD, UED or XD)

He is involved in building the software, creating and executing unit tests. Further, he is also required to rectify the bugs if any and send the deliverable product to end user after user acceptance testing. He must be skilled in all layers of technology stack to manage all phases of the software development lifecycle on his own. He will manage front-end design and behavior, middleware, backend database queries all on his own.

The developers who work on Mean Stack (A collection of JavaScript-based technologies) are known as MEAN Stack Developer. Here MEAN is an acronym for - MongoDB, ExpressJS, AngularJS, and Node.js. All components support codes written in JavaScript. MEAN applications can be easily written from client and server sides to database execution environments.

MongoDB is based on NoSQL database that is open source and requires low implementation cost. It combines innovativeness of NoSQL as well as ACID qualities of relational databases. We have professionals skilled in MongoDB who can provide a wide range of MongoDB services.

Create server-side web applications quickly and smartly with the help of expressJS that is a pre-built NodeJS framework that is simple, flexible and scalable.

AngularJS can help in using Single Page HTML for declaring dynamic views in web-apps. It will essentially enhance your ability to deliver competitive and ambitious web applications by selecting the appropriate JavaScript framework to best suit the project's needs. We specialize in creating well-structured, interactive, cross-platform web and mobile applications.

Why adopt MEAN stack development?
Out of the various advantages of MEAN stack developers, here are some important ones: It saves time; it is helpful in speedy data storage and retrieval; it is a uniform programming language; it improves agility and quality of apps; MEAN stack supports the MVC architecture.

Build applications effortlessly with plenty of libraries and packages

Meteor is an open-source platform for web, mobile, and desktop. Build complete mobile and web applications in pure JavaScript. Helps you integrate technologies that you already use.

This will help you accomplish the entire scenario in 10 lines what you planned to cover in 1000 lines of code.
The code becomes re-usable. The same code can be used to develop web, iOS, Android, and desktop applications.
This will essentially enable you to build features instead of wiring heterogeneous components together yourself.

The LAMP is an acronym for Linux, Apache, MySQL, and PHP – and is an open source web development platform, also known as web stack. PHP can be replaced by PERL or Python as scripting languages here.

A LAMP stack developer basically works on a suite or bundle that contains Linux (OS) at the base, followed by Apache (web daemon), followed by Database (that stores all information), followed by PHP (allows user interaction).

Looking for a cost estimate?

The requirement of Full Stack Developers

You can have your cake and eat it too!

Hiring a full stack developer is always advantageous over hiring individual developers who are proficient only in a particular domain. The practice of having full stack developers onboard will not only reduce the developmental overload but will also ease out other processes required in process synchronization and quality of the resultant software as it is streamlined by a single person.

We do not stop at Mean Stack but have made sincere efforts to extend this periphery, taking it a level beyond by adding a whole host of other technologies into our technology stack. Our full-stack web developers are adept with extensive knowledge of PHP, Ruby on Rails, HTML5, CSS, and MYSQL etc. into standard MEAN stack development. We even offer standard MEAN Stack Development services if that suits your requirements in a better way. We will take care of entire front and back-end development to ensure that application is 100% compatible without any issues.

A couple of points make us bristle

Get customized software solutions in a budget-friendly way. Our pricing strategies will amaze you!

Hire developers after interviewing them.

We extend active support and maintenance for all our deliverables. Contact us anytime.

The project will pass all stages of SDLC and a QA check before delivery to end user.

Our experts will ensure that you get hold of production-ready code at earliest. This will essentially include all security and compliance measures.

From startups to enterprises, we orchestrate a round arc degree future for all B2B, B2C, C2C and all Business Models.

We develop strategic web interfaces by considering all problem areas, to attract, engage and convert. Its usefulness, usability, visual communication and design smushed with skills in usability, accessibility, and ergonomics to construct user interfaces.

We are adept at creating stable server back-ends that can fetch data easily from any point and compile it with web interface easily. As a normal practice, we make use of PHP, JAVA, Python, Lumen, and Spring etc.

We work on AWS servers (highly reliable on-demand cloud hosting solution designed to be scalable for object storage), and make use of that functionality to build and deploy enterprise applications (host system). We are open to utilizing other cloud servers as per the requirements of clients like Microsoft Azure, Google Cloud, and Akamai.

Start an instant chat with our expert.

Read the tech stories of the week

Cleo helps you create a budget, track expenses and set realistic financial goals, know more about the cost to create an app like Cleo here!

It might be an SDK or a framework or the both of these, but what truly matters is that it makes performant applications, brings in the desired efficiency, scalability and flexibility! 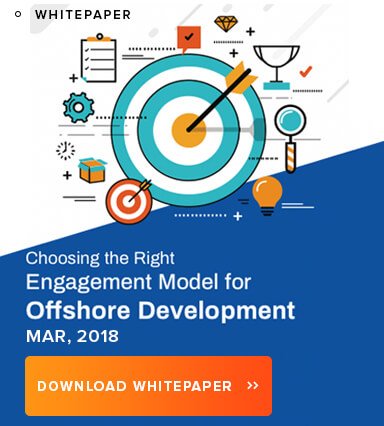 Let's chat about your project

& What you will get: