Apple wants a break up for iWatch from its own iPhone. Apple is on its way to make iWatch a standalone device; they figure out ways to cut off the dependency of a smart watch on iPhone.
Share this Blog

Apple made an announcement for developers that “all new watchOS apps submitted to the App Store must be native apps, built with the watchOS 2 SDK or later”. Long back when iWatch launched, it demanded a necessitated connectivity from the iPhone to perform further activities.

Now, Apple made it compulsory to develop native apps for iWatches for watchOS with the help of latest watchOS 2 SDK. Just a few years back, when Apple launched its renowned wearable device — Apple iWatch, they integrated it with iPhone and marked a striking sale in that particular year. As per the records, Wall Streets mentioned that the sales of Apple watches were twice as high as the sales of iPhone in the first year. Nevertheless, the adoption rate is surprisingly high, state for 8% users using iWatches in the US.

From the very first day of June 2016, all watchOS apps will be launched as the native apps on the App Store, developed in watchOS 2 SDK or later. Apple started trying their hands on native apps for iWatches since they have been launched watchOS 2 in September 2015.

Apple settled to develop native apps for iWatch, as it is pretty annoying when you can’t access your watch until you don’t carry your iPhone with you. This is the reason why Apple wants to develop “Native Apps” that can run on the iWatch alone. Apple maps it very clearly that because of non-availability of one of their devices the user shouldn’t face any issue in using another device.

How this announcement of developing native apps for Apple Watches will make a huge difference in sales and functionality of watchOS apps?

1. Responsible and Speedy – Since beginning, iPhone is used to perform activities and transmitting all the data back to Apple watch. Although, now native apps make iWatch a standalone device for performing functions separately and data transmission that will enable faster and more responsible user experience.

2. Very Particular App – By making this compulsory to develop native apps; Apple is assisting publishers to consider about what will work in the smartwatch format.

Our curious developers are very much aware of this big move of Apple. The talented pool of iOS developers is ready to showcase their expertise in developing functional and extraordinary native apps for Apple iWatches. 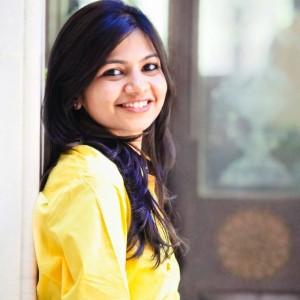 Call her "UD", A technical content crafter @ Konstant. Blend with profession & passion, finding her way in the tech world. Want to become a Voice and make some Noise on social media and her inquisitive nature brings her to this world. Love quiet moments as much as wild club nights of dancing. Always hope for the best and pray for the worst. In spare time, you couldn't find her because traveling is something she can't live without. Food Lover, Snow Hater & Life Liver.