NodeJS vs Java: An Epic Battle

NodeJS vs Java - Java has been around for a very long time and has been pitched against and triumphed many languages in the meanwhile. But when compared to NodeJS, it is perhaps its toughest battle yet.
Share this Blog

If you are in the software development domain, you may have heard this many times but there is no harm repeating that again- Java is old but not outdated.

Node.JS, on the other hand, is seen by many as the dark horse- the new language that has transformed many different verticals of software development, much like what Java did in its earlier days. Though both these claims have reasonable arguments to present their benefits, comparing languages can sometimes get weird- like comparing French to Mandarin or HTML to Scala. This is bound to yield results that are useless by any account.

So, when pitching these languages against each other, we will focus only on the relevant areas like how useful they are generally for developers or the performance they deliver. Because delving into details like syntax or how they process any specific type of function isn’t just undermining the core architecture of the language but also individual preferences. After all, some developers may genuinely prefer braces over blank space. To pronounce one syntax better than other would be a biased verdict.

Node.js vs Java – An battle for developer

Now let’s just look at the three factors that influence developers the most:

This is one of the main reasons behind the immense popularity that NodeJS web development has garnered in a short time- it’s ubiquitous. It has basically brought down the long-held barrier between client-side and server-side development, making the whole procedure short and simple. The developers can now write a single code base for both browser and server that delivers much better speed than in the conventional paradigm.

Java, on the other hand, can be used only on the server-side and thus, is far behind NodeJS in this segment.
Winner– NodeJS

Java has been around for a very long time and consequently has the finest set of frameworks, IDEs, and libraries available t, along with a large and mature community of developers. Since Node.JS is relatively a beginner, it will take a very long time to reach such reliance and resourcefulness. Yes, the language is expanding fast and claiming wider adoption, but Java application development isn’t obsolete and continues to grow. So, it might take a while, if at all, to fill the wide gap.
Winner– Java

Comparing the performance of two different languages doesn’t really reveal anything valuable. The fact that each language is built on a different architecture makes them efficient at some tasks and subsequently, inefficient at others. That is the reason why when we use certain Benchmark to compare the performance, we are inevitably biased towards any one language. To keep ourselves from such flawed measure of performance, we will just explore one core concept that remains at the center of every Node.JS debate- non-blocking mode.

When compared with most of the other languages for speed, NodeJS easily comes out on the top, primarily due to its asynchronous non-blocking mode- that enables it to simultaneously serve a large number of clients/threads.

But as you may have noticed by now, Java really isn’t outdated! It was updated a while ago to adapt to a similar architecture and it can serve multiple threads simultaneously much faster than Node.JS. So, when it comes to sheer speed, Java beats NodeJS on its own turf.

That still isn’t the entire picture. Java will offer better performance if and only if the threads are managed properly, which requires extreme proficiency that only few Java developers have. Conversely, Node.JS handles everything automatically, drastically cutting down the complexity.

All things considered, no language can be termed as better than other. It purely depends upon the application you intend to create and the language you are migrating from. Keeping these considerations in mind:

We expect that you now have a reasonable idea of which of these languages better suit your purpose, because there is no absolute supremacy. Is it a web application? Or perhaps an enterprise application that you need for your business? Be assured that we have the finest pool of both Node.JS and Java developers us. Now if you have any project outlined or want to discuss with our experts, get in touch to talk business. 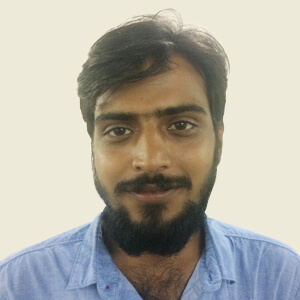