Web application development has witnessed a makeover lately, which brought several new changes for developers to focus on.
Share this Blog
Table of Contents

The community of JavaScript developers had a real task ahead of them to adapt to the changes while there were web browsers and compilers facing similar hitches to work in a flawless manner accepting the new changes.

In a fast-paced and ever-evolving world of website development, we had extensive frameworks to help the purpose. JavaScript frameworks helped developers in producing bespoke as well as high-quality web applications without much effort. Frameworks streamline the whole process in a unique fashion, taking care of the complexities in reference to code structure, maintenance and design.

JavaScript frameworks, which made their debut in the recent past, have also acknowledged their presence such that developers find a ‘wow’ factor while working with them. Communities have evolved around these frameworks working dedicatedly to amaze the world.

Here, we have compiled a list of top 10 JavaScript frameworks that have won hearts of millions of developers and website and app owners across the globe.

One of the giants in this industry is AngularJS, which is upheld by a skillful community of developers and the search engine giant, Google. Released in 2010, this open-source framework took over with a refined approach of building web applications in least time. It combines the modern day development features with design elements to build apps that are stable, secure and innovative.

It gives a completely new life to the HTML code when HTML attributes blend with Angular directives. Plus, it is simple-to-comprehend and easy-to-deploy.

If you want a dynamic large-scale application, without any concern of stability, React.js is the right choice. World’s largest and most widely used apps including Instagram and Facebook have adopted this JavaScript framework. What else an advantage you need?

ReactJS is incredibly reliable and stable. It gives a tough competition to AngularJS, which has created a powerful effect in the whole development industry. Smooth front-end development and a Virtual DOM implementation are the key reasons that the former is being favored by developers today.

It is a relatively new framework that’s sure to secure an impressive, large space in the development world. With a capability to do wonders in front-end web application, this framework is powerful and easy-to-learn. This is one of the easiest frameworks a beginner in this field should consider. It is inspired by frameworks like ReactJS, AngularJS and Knockout.js to create an ecosystem that is productive is every respect.

Vue.js can be considered as a blessing to the starters from its maker, Evan You, who constantly works through its components to make it flawless. It’s worth to give a try if you are one of those coding geeks who eat, sleep and live on code.

Another powerful tool in the list is Ember.js, which is favored by developers for building large-scale complex applications. Released back in 2011, it has a community of ambitious and active developers that constantly work on making it more productive so that results are achieved in a clinical manner. It is quick, easy and effortless to get started with Ember.js.

In fact, some developers have also worked to provide guides and tutorials to the new developers who adopt this framework for building awe-inspiring apps.

It does not confuse developers with any new terms or modules instead follows a traditional approach with pre-defined modules to carry out necessary functions. This makes it simple to adopt and also helps in building awesome applications.

A React-based framework, which is new but no less in functionalities and performance. It is being maintained by Muut developers and provide an interactive ecosystem for them to play with. It is used for creating large scale applications with minimal code, which makes your application lightning fast- certainly worth giving a try.

Released in 2012 by Meteor development group under MIT license, Meteor.js is an open-source JavaScript framework making it easy for developers. It comes loaded with useful features, and as a developer, one has to not look around for resources. It covers all the major aspects of development that are frontend and backend. The framework is extremely stable and uses pure JavaScript to build end-to-end scalable web as well as mobile applications.

There are multiple packages and libraries that you can use to develop applications on-the-go. Plus, Meteor.js provides a myriad of resources, tutorials and packages that can revolutionize your web or mobile app development process.

Another new entry in the world of web development is Aurelia.js, launched in 2015 created by Rob Eisenberg. An open-source platform that makes web development a cakewalk and has the potential to give a tough time to its competitors. Maintained by a highly professional bunch of developers, this framework is easy to adopt and comes with several independent libraries.

It is built on a module-like structure, which proves beneficial in implementing small or big libraries to the application you are building.

Released by Jeremy Ashkenas in 2010 under MIT license, Backbone.js is an open-source JavaScript framework with infinite power and functionalities. It is capable of building a fully functional framework on top of it by writing the code or by using third-party frameworks. Major pluses of using this framework are that it is easy-to-learn and understand, comes with small packages and takes absolutely no time in building world-changing applications.

Its popularity has significantly grown since the time online giants like Pinterest, Delicious, Disqus, Walmart and Foursquare have adopted it. Do we need any more words of praise for Bakbone.js?

Lately, it has shown a slow growth due to high competition, but is still one of the most popular and reliable JavaScript frameworks.

Google’s baby, Polymer was released back in 2013 with the aim to extend HTML capabilities via web components. It grants power to developers in structuring custom HTML elements on the basis of browser technologies. The main reasons for its propelling growth include its modern approach of doing things and innovative development procedures.

Mercury.js is a modular framework – a creation by Raynos. It is growing at a rapid pace, and community developers are equally interested in adopting this framework for their next development task.

With the pre-defined modules and components, a developer can start the process straightaway. It is extremely responsive, simple and lightweight in creating modern applications. Developing multi-dimensional web applications has become a piece of cake if you are working with Mercury.js. 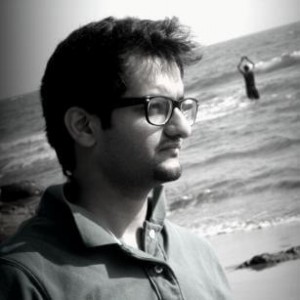 An IT Engineer, a Digital Marketer and a Content Marketing Specialist, Sahil Miglani enjoys technical as well as non-technical writing. His passion and urge for gaining new insights on gadgets, smartphones and technology has led him to Konstant Infosolutions. He quenches his thirst for technology through his action oriented writing skills and a profound ability to stay up to date with latest industry trends. Besides this, Sahil is a sports appreciator, a Sachin Tendulkar fan and a keen follower of cricket. He also has a flair for writing sports content. He lives with the belief that his hobbies have turned into his profession, no wonder he is writing wonders.