Best Programming Languages 2020 - Will your next mobile app be on Java, Swift or HTML5? Haven’t you thought about it yet? No problem! we’ve made it easy for you. Read below...
Share this Blog
Table of Contents

Let’s hop-skip the conversation of programming languages and know the potential to build mobile apps (across the platforms) for the while. There are some best apps as well as there are some worst apps at the same time. These open a whole new world of magical convenience, just with the help of few swipes or taps to buy anything from food, clothes, washing machine, treadmill, bike, smartphone or makeup, etc., the list is endless. But the user has to trust the online marketer before revealing their financial details. Undoubtedly businesses hope to dazzle their customers with all bells and whistles, portraying their apps to be feature-rich (try to convert high-risk vulnerabilities into high-risk convenience). Most common problems with the mobile apps feature insecure data storage or other weakness in the security mechanisms that lead to vulnerability creepage during the design stage, and rectification requires significant changes to the code. According to prominent research, iPhone apps face this 74% of times, while Android apps might have to face such an issue 57% of times with 42% server-side components. But even with the prevalent scenario, businesses keep delivering feature-rich applications to production as quickly as possible. If security is a casualty, (they let it be), as they prioritize launching their app to the market at earliest and not let their competitors get ahead.

Smartphones resemble virtual data bomb with around 60-90 apps installed but on an average, a user makes use of some 30 apps or so regularly. Should the apps be made more user-centric, more secure and more interactive to make users rely on them? But will this ensure that they take advantage of those features or is it that convenience will trump security every time?

Harking back to the conversation in context, various platforms with low code or no-code possibilities have emerged, exploded with innovation recently and drove unprecedented value for customers (leaving industry analysts confused!)

The worldwide smartphone market will reach an incredibly 1.84 billion units in 2020 (with a 5% surge from 1.44 billion units shipped in 2016), which clearly calls for a massive mobile app revolution in the years to come. No business group can escape the digital marketing landscape and has to anyway step into the mobile app word to reach to the global audience.

Luckily, we have you saved! According to your app type, requirements and the kind of performance you expect from your app, we’ve listed the top programming languages. An important tip: for a good looking, flawless, professional and profitable app, consider getting it developed by a qualified mobile app development agency. You will always be on the bright side.

One of the best programming languages 2017, Python is a high-level, open-source, general-purpose programming language that is used to build scalable and robust web applications. It is preferred by developers in comparison to other languages like PHP, Java, or C++.  It is highly effective, comes with improved functionality, and helps building functioning prototypes by using very less code, thus reducing development time and save money. It is being trusted by developers to express themselves well with help of custom web applications, dynamic websites and desktop applications with a lot of creativity!

Undisputed winner of IT, Java is the base of many projects and the lifeline of most popular Google’s operating system, Android. Java is the potential choice for native Android app development because of the several features it comes with. Object-oriented programming, rich APIs, open source libraries, powerful integrated development environment (IDE) are a few to mention.

With a vibrant and extensible platform, Java runs much faster like native machine languages and one of the most popular programming languages.

PHP is one of the most popular programming languages. Although we learnt that Python and PHP compete back to back but later is seasoned, easy to handle, robust and scalable. Many PHP frameworks can be put to creative use like building e-commerce websites and CMS applications, project management tools like Basecamp, Graphical user interface for desktop applications by making use of PHP extensions, creating online community with forum building tools etc.

Swift is the game-changer for iOS mobile app development. Though Object-C is still loved by many, developers and app owners are gravitating towards the swiftness of Swift for their iPhone app. Easy-to-comprehend, with fewer legacy conventions, Swift is written in readable English with a simple syntax; no nesting of brackets and semicolons.

One of the ultimate benefits of using Swift for iOS development is Playgrounds, allowing developers to run any type of code snippet without recompiling and fixing errors to see a result on the emulator. It’s so quick with a strong typing mechanism.

Swift is more readable – highly adored by native iOS developers. With an automated memory management system, app owners can think of a smoother and faster internal storage and rectification of memory leaks. It assures a flashing future for iPhone app development.

Kotlin has off-late become the second most preferred language for Android App Development after Java. Kotlin is a best blend of functional and procedural programming, it has concise code, apps are less likely to crash, focused on Android, has type-safety, is interchangeable with Java, has easy learning curve, and supports Android Studio. Besides this, it is always rated above Java due to its efficiency in handling null references, absence of raw types, invariant arrays in Kotlin, presence of proper function types, presence of use-site variance without wildcards and the absence of checked exceptions.

Also read: Kotlin vs Java: Which will Succeed Android Development in Coming Times

Also read: OBJECTIVE C VS SWIFT Are Dueling To Be Face Of ios Apps

While Java, Swift, Objective-C are used to build the same old native mobile platform-dependent apps, separately for Android, iOS, Windows, we have some ultimate choices for developing cross-platform applications that can run the same code on each platform. HTML5 is the proposed standard here.

In fact, HTML5+JavaSCript is a matchless combination for hybrid app development. JavaScript mobile UI frameworks like Ionic (based on HTML5) is one of the most recently preferred for developing hybrid apps. With Ionic’s platform continuity, the apps look and feel at home on every device. This JS framework is also used for developing progressive web apps.

Modern businesses and their subsequent clients wish to cling to incoherent ‘High Productivity Application Platforms’ dumping the impossible to type lengthy abbreviations. Here are the best programming languages that are not going to lose their status in 2020 and have become classic (and probably the basis) are Java, JavaScript, Objective-C, and PHP. Mobile app companies feature and promote top programming languages that extend the same idea, and append it with features useful for futuristic mobile apps: Python, Kotlin (after Java for Android App Development), Swift (Preferred for iOS App Development after Objective-C), Rust (Makes use of object-oriented features and works in the same way as C and C++ but is far more secure) and R (Un-heard and new, it eases visual representation and elaborates UI elements) in 2019.

To meet the various needs of business through mobile apps, there is no right or wrong option concerning a programming language. Each of the above languages has their own benefits in the mobile world. As mentioned earlier, get your app developed from experienced hands and take expert consulting from a dedicated development agency. With this knowledge of programming language, you can surely get the best app built.

At Konstantinfo, we have a large pool of developers skilled in latest technology and tools in mobile app development. You are sure to get an innovative, top-notch solution. We’d be glad to assist you. 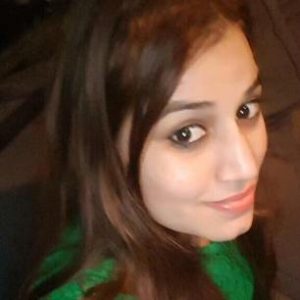 Heena Banga is a Senior Content Developer at Konstant Infosolutions- a globally recognized mobile application development company. She leads marketing and growth initiatives at the company using a mix of technical and business content tactics. Heena also contributes articles to CrowdReviews, OpenSourceForU, Sociableblog, ducttapemarketing, PAYMILL blog. She hopes to enjoy a business conversation onboard a commercial space flight someday. Her ultimate goal is to combine business and writing and go into Advertising.